I have two CV:s. One is as a programmer, the other as a singer. You can understand the confusion. So as to make things worse, below is my expertly combined and abbreviated CV for your amused perusal. 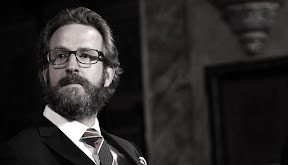 I’m the Executive Vice President and co-founder of Cubeia Ltd and a lyric baritone. I have more than 12 years experience as a programmer, and six years experience in the gambling sector; working with some of the largest operators in Stockholm and abroad. I’m a couch philosopher, an autodidact programmer and musician now turned entrepreneur and hold a Sun Java 2 Certification and a Master of Music Education from Luleå University, Piteå School of Music together with a Certificate of Advanced Studies, Post Diploma Vocal Training Guildhall School of Music and Drama, England.

I’ve have studied voice for Anna-Karin Öquist (Piteå), Arne Lundmark (Stockholm) and Robert Dean (London) and participated in master classes for Miklos Kundler, Graham Jonson and Håkan Hagegård, among others. I hold a Master of education in Music, Luleå University of Technology School of Music in Piteå, Sweden (1998) and a Certificate of Advanced Studies, Post Diploma Vocal Training Guildhall School of Music and Drama, England (1999).

I have been singing in choirs and vocal ensembles in his entire life. Below is a selection of chamber choirs, ensembles and conductors that I’ve passed by.

From Mars 2007 I act as the Executive Vice President of Cubeia Ltd, which I also founded. I also work as a System Designer and Developer. I’m the product owner and main architect for Firebase, is a multi-player server for the gambling industry, designed for massive applications, high availability and speed. During this time I have also worked as a senior consultant and architect within the gambling sector for companies including Unibet, Jadestone AB, Bodog and others.

I was a full time member of the Gothenburg Opera Chorus between 1999 and 2001 and have performed the chorus parts in : The Magic Flute, Cavalleria Rusticana / Pagliaccio, The Tales of Hoffman, Carmen, La Traviata, Barber of Seville, Lohengrin, Queen of Spades and others.

I’m an an unapologetic computer nerd with three computers but no TV. I take great interest in group-communications which I’ve has studied at university level as well as psychology, design concepts and theories, and philosophy. I brew beers and runs barefoot and thinks science is awfully cool.

Oh, and I play the bass as well!